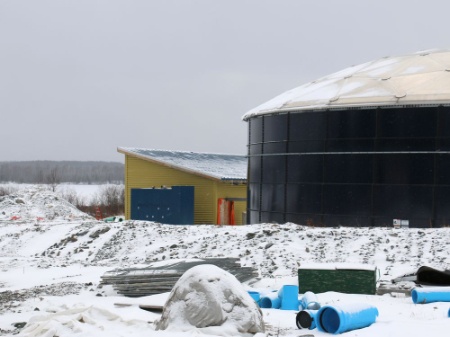 Author of the article: Len Gillis

Ontario’s Environmental Commissioner (ECO) is not holding back on her criticism of the City Timmins for allowing continuous discharge of raw sewage water into Porcupine Lake and the failure of the ministry of the environment to do anything about it.

ECO Dianne Saxe released an Environmental Protection Report at Queen’s Park Tuesday outlining problems with pollution in lakes and rivers all across Ontario. There was specific mention in the reports about Porcupine Lake.

It was revealed that an application had been filed under the Environmental Bill of Rights (www.ebr.gov.on.ca) in 2017 alleging that the city had allowed the discharge of sewage into the lake as set out in an order by a provincial officer issued through the environmental ministry, which is now known as Ministry of Environment, Conservation and Parks (MECP).

“The MECP investigation confirmed that the applicants are correct,” said the new report.

“The city is breaking the law. Its deteriorating sewage system causes sewage to bypass treatment and discharge directly into the Porcupine Lake. The City of Timmins does not have a storm water fee system to reduce storm water flow into its combined sewers. Nor has the city met the deadlines in the Order to upgrade its sewage system,” said the report.

“However, the ministry took no enforcement action, and accepted the city’s excuses for its non-compliance. The city argued that the required sewage system upgrades had been delayed again by ground settling, which caused a major sewer pipe to break shortly after it was installed,” the report continued.

The statement about the ground movement is a reference to the new construction work that was underway at pump station No. 4 where two new sewage holding tanks have been constructed.  It was revealed a few years ago that the main concrete pump station building was sinking. The ground movement was measured only in millimetres, but it caused a legal wrangle that has not yet been resolved. The work site on Highway 101 in Porcupine is still vacant.

The report goes on to reveal that the public complaints suggested that the sewage discharge problem was a significant concern in the city’s East End.

“According to the applicants, the alleged discharges are harming the natural environment, interfering with recreational use of Porcupine Lake, affecting the use and enjoyment of their property, and presenting potential human health risks,” said the report.

“The public has abundant reason to be frustrated about this facility and the ministry’s enforcement actions over the years,” the report continued.

Based on the report released Tuesday, Saxe made it clear Timmins is not along among Ontario communities that have problems with various types of runoff and water pollution.

“It is unbelievable that in 2018, the government allows this much filth into our lakes and rivers,” said Saxe in a news release.

“These are the places Ontarians spend time with their families, where they swim and fish. These shorelines and waters are home to Ontario’s rich biodiversity, and to us.”

Her report made mention of 57 Ontario community that have “outdated municipal sewer systems” that combine domestic sewage with storm water.

Saxe also made reference to a procedure established 20 years ago by the environment ministry to eliminate the problems of domestic sewage mixing with storm water runoff.

She said the MECP has not done this and should be embarrassed about that.

“The MECP does little to ensure that these Plans are implemented, by any particular date or at all. Twenty years after the procedure was adopted, the MECP should be embarrassed by its inaction.

Saxe’s report said recommended this should be entrenched in law.

“The ECO recommends that the MECP insert, into the environmental compliance approval of every municipality that has a combined sewer system, a legal obligation to adopt a public Pollution Prevention Control Plan to virtually eliminate combined sewer overflows within a reasonable time, and the MECP should enforce these plans.”