Friends of the Porcupine River Watershed are in search for old photos taken in and around the Porcupine Lake and River area. If you are able to provide photos they will be placed on this Archives page. Please send with date the photo(s) were taken and if possible a description. Email your photos here 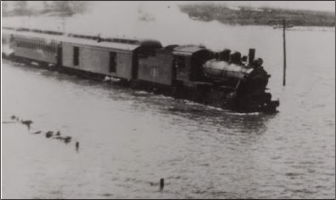 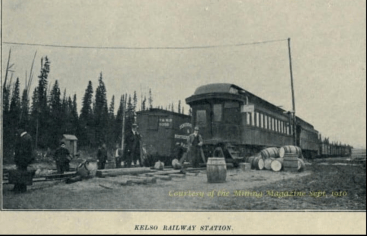 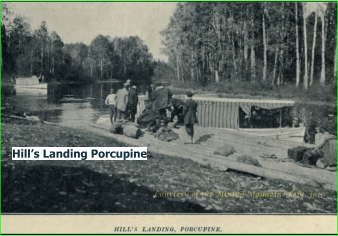 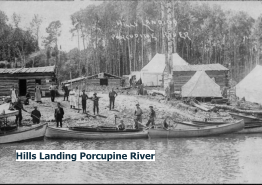 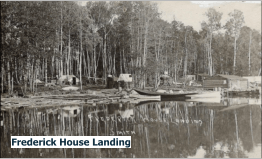 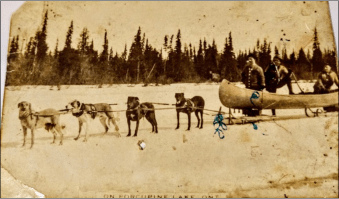 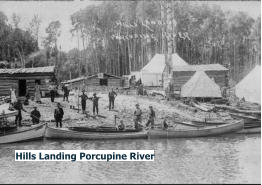 Before full rail service was established to Timmins in July of 1911, reaching the Porcupine goldfields was a very difficult test of stamina, strength, and willpower. Kelso, at mile 222 on the T. & N.O. line from North Bay, was the closest starting point for the roughly 30-mile adventure westward on the Porcupine Trail. Depending on the time of year, travelers contended with thick bush, swampy bog-like terrain, river rapids, and of course mosquitoes during the summer. In the cold winter months, sledding or freighting through the snow covered bush and over frozen river and lake surfaces was the only option. After leaving the train at Kelso, one would have to make their way westwards through narrow,rough logging roads and bush trails to Frederick House Landing where they would transfer all their supplies to boats and canoes when the river wasn’t frozen. From the landing they would travel either on open water or frozen surfaces south on the Frederick House River to Nighthawk Lake and continue a short way westward to the mouth of the Porcupine River then northward up a short way to Hill’s Landing (south of present-day Hoyle). At Hill’s Landing one could get a cheap meal at Mr. Hill’s boardinghouse or spend the night to recover and muster up enough energy for the rest of journey. It’s approximately 12 miles directly westwards from Hill’s landing to Golden City (Porcupine). During the spring, summer and fall one could choose to trek directly through the bush on a rough,swampy trail for about four hours or choose to take the much longer (by 20 miles) but easier route via the Porcupine River by combining two portages and canoes, boats and motor ferry service into Golden City. 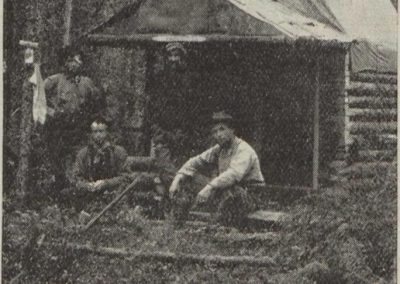 The very first permanent structure put up in Whitney Township near Porcupine Lake. Courtesy of ”The Canadian Courier”, Jan. 1910. 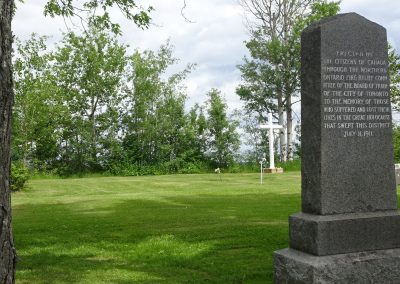 In memory of those who lost their lives in the Great Fire July 11, 1911 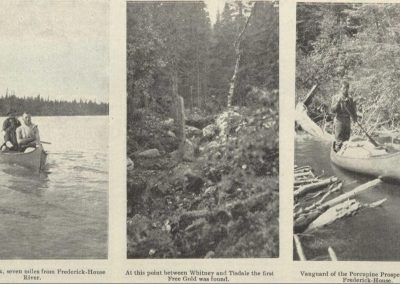