Why sewers are overflowing across Ontario 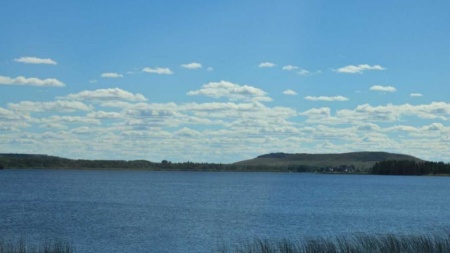 Dozens of municipalities still use combined sewers. In Timmins, that means waste released into lakes — and basements
By Andrew Autio – Published on Apr 01, 2019
Photo by: Andrew Autio
TIMMINS — Lianne Raymond and her family moved into their house on Porcupine Lake in August 1995. Less than eight months later, they experienced their first sewage backup, when two and a half feet of feces-ridden sludge filled their basement.
The renovated basement had contained a family room, office, bedroom, bathroom, and sauna. “That was devastating, because we lost everything,” she says. Less serious backups damaged the basement again in 2009 and 2011. The family has since invested in an industrial back-water valve, complete with alarms. “This year alone, honest to God, I’ve lost count of how many sewer backups we would have had if we weren’t equipped the way we are,” Raymond says.
But not everyone has that kind of safeguard, and for dozens of homeowners living near Porcupine Lake, in the east end of Timmins, each rainfall and thaw is a stressful event: many in the area have dealt with backups of their own.

That’s because the city’s infrastructure can’t handle periods of heavy precipitation. Its twinned lines, which see sanitary water and stormwater run through the same pipes, allow sewage to collect in stormwater.

That raw sewage is then released into the lake — or, as in Raymond’s case — into homes.