MARGARET SHKIMBA: THE STENCH OF THIS SEWAGE LEAK COVERUP LINGERS OVER HAMILTON COUNCIL 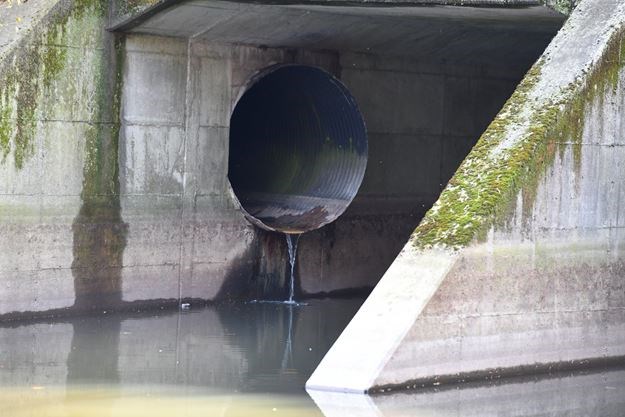 Hamiltonians were shocked last week with the news that over a four-year span, 24 billion litres of raw sewage leaked from an overflow facility into Chedoke Creek and then into Cootes Paradise, a shallow wetland and natural conservation area. That’s billions with a B. The kids call it Cooties Paradise for a laugh. Not so funny, is it?

Mistakes happen. People are fallible and automation can malfunction. How it can malfunction for over four years is a very good question. How no one checked on the equipment, not even during an annual inspection, is cause for concern. I hope the Ministry of Environment investigation sheds light on what went wrong. It can’t happen again. However, what’s even more concerning than the seeping sewage spill is the attempt by city councillors to cover it up and hide the information from the people of Hamilton. That is inexcusable.

I’m a conspiracy skeptic. I don’t believe that human nature lends itself to the maintenance of successful conspiracies. As a reader of history, I believe everything comes out, eventually. Too many people are looking and someone has to spill the beans; they write it in a journal, leave it as a cryptic message, confess it in their last will and testament. Just because we don’t know now, doesn’t mean we won’t know tomorrow or the next day. Secrets are notoriously difficult to keep.

I am astounded at the decision by city councillors to hide the extent of the spill information from the people of Hamilton. Did they think we wouldn’t find out? And when we did find out, did they think we would just accept their flawed and facile rationale as to why we weren’t told?

City councillors who voted for the coverup need to be reminded of what their job is. I understand they think they’re doing their fiduciary duty, but there is no good reason to hide public safety information from the public. No good reason ever. To recommend such a tactic is to endanger the lives of Hamiltonians. And the spill of billions of litres of raw sewage into a recreational area and nature conserve is a public safety issue if there ever was one. A few signs indicating danger doesn’t make the danger go away. We’re lucky someone didn’t die, but I bet that over a four-year period some people got sick. I bet a lot of wildlife died. The Royal Botanical Gardens must be beside themselves at the loss to their ecosystem. To cite the fear of legal repercussions is incredibly short-sighted and a lame excuse. What legal repercussions does council think will accrue now?